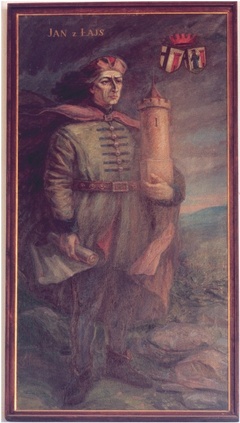 Olsztyn was and is a town of important political, cultural and scientific events. It was here that Nicholas Copernicus looked into the sky seeking answers to tormenting question about the Earth’s place in the universe. Napoleon Bonaparte marched with the van of his troops during his victorious campaign in 1807, Feliks Nowowiejski looked for inspiration for his compositions. Olsztyn’s monuments witnessed all these great events and were a symbol of historic complexity and multicultural character of this land. Catholic traditions were interwoven with Protestant and Orthodox ones, Polish with German, the tradition of mediaeval craftmen’s workshops – with the products of the 19th century industrial revolution. The admiration of Olsztyn’s monuments of history means wandering throughvarious periods of the town’s development. It is worth remembering that the twists of history, which affected Olsztyn severely, caused that a large part of the possessions of the generations living in the town have not been preserved till our time.

The first mention of the town dates from 1334, when Henryk von Luter set up a a wooden-earth watch-tower in the meanders of the river Łyna, giving it the name Allenstein (City on Łyna). Alna meant „a hind” in the forgotten language of Prussians. Native inhabitants of this land used this word as the name of the largest river flowing through Olsztyn. The town received municipal rights and the name Allenstein (for Poles – Holstin, and later Olstyn) on 31st October 1353. Jan of Łajsy was the founder and first mayor of Olsztyn.

Numerous wars between the Teutonic Order and Poland were waged in this territory in the 15th century, repeatedly destroying the new town. In 1414 Olsztyn suffered under the troops of King Władysław Jagiełło. In 1454 the townspeople took part in an uprising against the Teutonic Order and seized the castle, and at the same time acknowledged the sovereignty of the Polish king.However, the town came back under Teutonic control a year later. It was only on the strength of the Second Toruń Peace Treaty (1466) that Olsztyn and the whole of Warmia found themselves within the borders of Poland. A next war with the Order, waged in the years 1519–1521, ravaged Warmia. The administrator of the landed property of the Warmia Chapter at that time wasa Frombork canon – Nicholas Copernicus. In 1521 he prepared the Olsztyn castle effectively for its defence against the expected attack of the Teutonic Knights. During that time, Copernicus was also the initiator and executor of the settlement of Polish-speaking settlers from Mazovia in Warmia.

The following century was a time of prosperity for the town, located on the busy Koenigsberg – Warsaw route. This growth was stopped by the wars waged in the 17th and 18th centuries, and the great plague of 1709–1712, which decimated the population of the town. Due to the First Partition of Poland (1772) Warmia together with Olsztyn was incorporated in Prussia.

During the Napoleonic wars the town was destroyed again. On 3rd of February 1807, Napoleon Bonaparte – the French Emperor stopped in Olsztyn during his East Prussian campaign. Town structures went beyond the walls of the Old Town after 1818. The second half of the 19th century was a time of dynamic development. The population increased from 4 thousand in 1846 to 25 thousand in 1895. In 1867, a modern hospital was built in the town, and the first railway line, part of the route connecting Toruń with Insterburg (Wystruć)passed through Olsztyn in 1872. The first gas street lamps flashed in 1890, and the first telephone rang in 1892; a modern water supply system and sewage system was built six years later, and in 1907 – Olsztyn was electrified. Trams appeared in the streets. In 1910, the first plane landed in Dajtki.

After World War I – in 1920 – a plebiscite decided the future national status of the southern part of East Prussia. Olsztyn with Warmia remained in Germany. In 1939 the town was inhabited by over 50,000 people.

On 22 January 1945 Olsztyn was occupied by the Red Army. Red Army soldiers set fire to the town after several days of their occupation. Nearly half of the city built-up areas, including the Old Town, was destroyed.

After 1945 Olsztyn became the capital city of the province. The seat of the episcopal curia (diocesan, and since 1992 – archdiocesan) was also moved here from Frombork.

Today Olsztyn is an important tourist centre mainly thanks to its location amongst the lakes and forests, but also owing to the numerous historical monuments and other tourist attractions. Olsztyn monuments are on the European Brick Gothic Route, GothicCastles Route, Copernicus Route, St. Jacob’s Route. 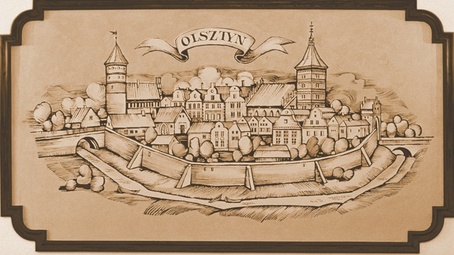