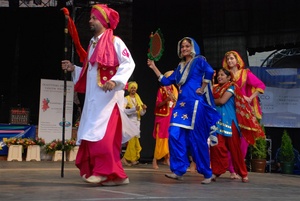 Olsztyn Artist Summer, full of music, singing, dancing and atmosphere of fun, is a true feast of music lovers – from rock fans to amateurs of folk, jazz, blues or classical music. The attractions that set the rhythm of summer to the citizens and tourists include spectacles, theatre performances, cabarets, picnics, children’s events, outdoor film presentations and even opera performances. Each year OLA starts in the middle of June and lasts until September. It takes place in one of the most picturesque Olsztyn sceneries – in the amphitheatre at the foot of Olsztyn Gothic castle and in the streets and the Old Town squares. The initiative
was launched in 1996 and since then consecutive editions were enriched with more and more interesting events, offered on almost every summer day.
In 2005 OLA was announced as a Tourist Product of the Year by Polish Tourist Organisation. 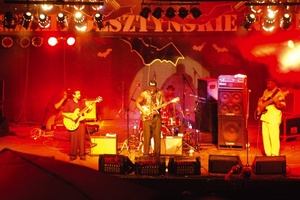